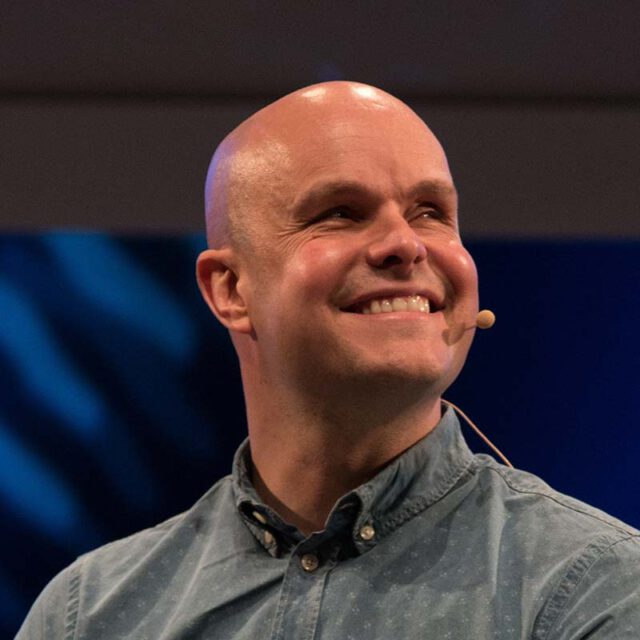 Over the last 20 years, Mark has studied how to build resilience and collaborate with others. Some of what he has discovered is showcased in a selection of talks, documentaries, media appearances and articles which are available on his website at: www.markpollock.com/media

Unbroken by blindness in 1998, Mark became an adventure athlete competing in ultra-endurance races across deserts, mountains, and the polar ice caps including being the first blind person to race to the South Pole. He also won silver and bronze medals for rowing at the Commonwealth Games and set up a motivational speaking business.

In 2010, a fall from a second story window nearly killed him. Mark broke his back and the damage to his spinal cord left him paralysed. Now he is on a new expedition, this time to cure paralysis in our lifetime by exploring the intersection where humans and technology collide.

Co-Founder of the global running series called Run in the Dark (www.runinthedark.org), Mark has been selected by the World Economic Forum as a Young Global Leader and is a former member of the Global Futures Council on Human Enhancement. He is a UBS Global Visionary, is on the Board of the Christopher and Dana Reeve Foundation (USA) and is a Wings for Life Ambassador (Europe).

Mark is the subject of the acclaimed documentaries ‘Blind Man Walking’ and ‘Unbreakable – The Mark Pollock Story’, and has been awarded honorary doctorates by The Royal College of Surgeons in Ireland and also from Queens University Belfast. He holds a diploma in Global Leadership and Public Policy for the 21st Century from Harvard University, degrees from Trinity College Dublin and UCD Smurfit Graduate Business School.

Microsoft’s CEO, Satya Nadella, described Mark as one of “the most inspiring people I met” after they discussed the ways in which technology is changing how people learn.

“Mark’s ability to link his personal story to people’s everyday life and work challenges was excellent. The session was not just about listening to an incredible story, it was a chance for everyone to really think about themselves. There is something in this talk for everyone.”